Skin - the Mirror of your Emotions
By Ursula James, BA,  DCH 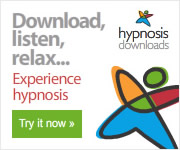